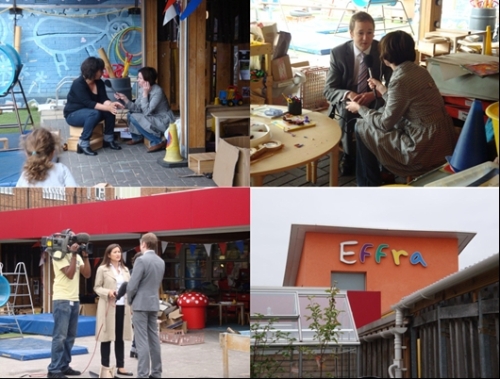 On Wednesday May 18th Lambeth launched its new campaign to raise awareness about the shortage of primary school places in the borough and the funding gap that the Government needs to bridge.

The demand for school places has risen by 40% in the past four years in some areas of the borough and Lambeth will need 800 extra places by 2015.

Cabinet Member for Children and Young People, Cllr Pete Robbins, along with local parents met at Effra Early Years Centre to launch the campaign and get some media attention.

Residents are asked to  write to Education Secretary, Michael Gove MP over Lambeth’s  plea for £50m funding over two years.

Pete said: “Our schools are full to the brim and residents are naturally concerned that their children will have a place at their local school. We have already added as many temporary classrooms as we have space for but now we need proper investment to permanently expand schools.  To help us make the desperately needed space, we are asking the government to step up, provide £50m investment over two years and give Lambeth the fair funding our local children deserve’

For details of the council’s campaign see:
http://www.lambeth.gov.uk/Services/EducationLearning/SchoolsColleges/RunningOutOfSpaceWillYourChildHaveSchoolPlace2015.htm