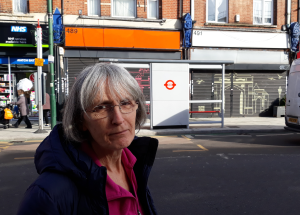 Kentucky Fried Chicken  have won planning permission to open a restaurant seating 30 people and a takeaway at 489-491 Norwood Road SE27 9DJ beside Ardarshi chemist. The Independent Planning Inspector has overruled Lambeth council and approved the planning application decision including opening hours to 3am on Fridays &  Saturday night.

KFC is one of the most popular fast food chains in the UK with about 900 stores. It was forced to close over half its branches this month due to problems with chicken distributor. See: Guardian article

KFC closed its smaller premises at 527 Norwood Road about  a year ago.

West Norwood has had a KFC for some years at 527 Norwood Road SE27 9DL which closed at the beginning of February. These new premises will be much bigger allowing for up to 30 customers to eat in the restaurant at any one time as well as serving takeaway hot food.

One response to “KFC wins back West Norwood”